The Kiff Family: Paintings by Barbara Kiff: Here are a selection of the beautiful water colour paintings by the extremely talented Barbara (wife of Robert Kiff)
Posted by TLDwrites at Monday, April 24, 2017 No comments:

The Kiff Family: Judge Albert R Cluer: Nan's grandfather Frederick Augustus Cluer's brother and I have to say my all time favourite of the ancestors, known for his blunt, ...
Posted by TLDwrites at Thursday, April 20, 2017 No comments:

"Jack and the apple juice" by Colin ogglesby

Whilst I was at St.Albans, myself, Terry, Royston and Jack lunched at the Peacock in Hatfield Road, 6d for an individual pork pie and 6d for 1/2pt of the real rough scrumpy cider. God, we knew how to live lol PS. The first time Jack came with us he insisted on 2 half pints as it was only apple juice! Fine until he got out in the fresh air and his legs turned to jelly. We got him back to college and the tutor made him comfortable in the toilets and checked on him every 20 minutes until he recovered. Hence the comment a good tutor for he didn't want to see one of his group suspended. Good times

"Wendy and auntie Vi" by Wendy

I spent a holiday with Auntie Vi in Norfolk .... It was originally arranged for Mum to come with me but for some reason that didn't happen . Mum couldn't come .
Aunt Vi drove & picked me up ... I was devastated because I didn't know her .
She was a stern woman & seemed to be a ward for a family where I stayed .
It was the first time I'd ever had cord en blur food ( spelling not correct ) ha
But she taught me so much .... Although I remember crying some nights in my bedroom because I missed my mum ......

"Gladys and the arcade robbery"

Many years ago in a far far away place called Jaywick on sands, there was a mastermind criminal by the name of Gladys Jessie who liked to play the 2p slot machines.. with the odd nudge here and there, the row of overhanging 2ps she did budge.. but as with all mastermind criminals, it wasn't long before she up the stakes! Whilst doing her usual barge against the 2p arcade game, she happened to notice the glass front was not locked and without a moments hesitation, grabbed handfuls of the loot and stuffed it into her rainmack pockets..as she was making a run for it, a rather diligent arcade change bureau clerk saw what she had done and raised the alarm.. despite her speedy getaway she was sadly caught with the swag just up the road and with much embarrassment, even after handing back her haul, was banned for life from the arcade!! After Gladys Jessie commented on the event "oooh errr, oooh how embarrassing! I don't know what came over me! Well bugger me! Oooh!" ... haha 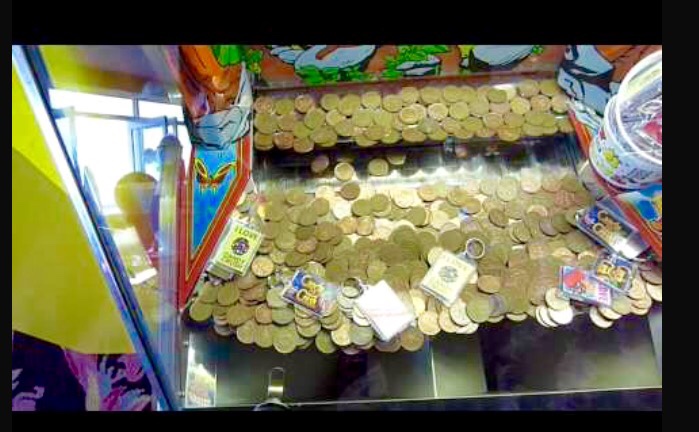 Posted by TLDwrites at Thursday, April 20, 2017 No comments:

The Kiff Family: The suicide of Frederick Augustus Cluer (nans gran...: I found an old newspaper article which is below but not too clear! The article says that he was pulled from the Thames at Teddington Lock.....
Posted by TLDwrites at Tuesday, April 18, 2017 No comments:

Dancing the night away